If there’s any one thing in your home that could be described as an ‘unsung hero’ (apart from, perhaps, you!), it is surely your boiler. After all, you probably aren’t accustomed to even thinking much about your boiler, until and unless something noticeably goes wrong with it.

12 months or more have passed since the last service

Boiler servicing isn’t something you should only be arranging to have undertaken if there is an obvious problem with your boiler. As they say, prevention is better than cure, which is why we would urge you to get your boiler serviced a minimum of once every 12 months.

If you are a landlord, you are legally obliged to have the boiler serviced in your rental property every year. Homeowners, meanwhile, aren’t subject to a legal requirement to arrange a boiler service. However, having your boiler serviced on an annual basis will help ensure any emerging problems are detected at an earlier stage, when they will almost certainly be easier to fix.

Your heating bills are creeping up for no apparent reason

Unfortunately, as most of us will probably be aware from the news, gas prices have been on the up lately. This means you can expect your heating bills to rise, even if your boiler is an efficient one.

If, though, you have accounted for your supplier’s current energy prices and costs still seem high – and especially if you can’t remember when you last had your boiler serviced – it can be well worth contacting a company like ours for boiler servicing in London.

A boiler being particularly inefficient could be an early sign of an imminent breakdown. So, having your boiler checked out in such circumstances isn’t just a case of trying to save a few pounds on your monthly bills.

The winter is here

The biggest sign that you need to think seriously about having your boiler serviced might not even come from the boiler itself, but instead from the calendar. Did you know, for instance, that according to a recent article from Property Reporter, 78% of boilers break down on or around ‘Boiler Switch on Day’, which is 18th October?

That date is approximately the time of year when many of us switch on our boilers for the winter, and it’s fair to say boilers can be vulnerable during this season, when residents are likely to be putting them under greater strain.

So, if you’re reading this blog post during the spring, summer or autumn, why not book your boiler service right now, before heating engineers start to become particularly busy during the colder months?

But even if it’s already winter by the time you read this, it could be well worth enquiring to a business like HGM Mechanical about whether they can service your boiler soon. You know… just in case there are any hidden issues with the appliance that could put it at risk of sudden breakdown.

There are weird noises coming from the boiler

If your boiler seems a bit on the ‘noisy’ side lately – noticeable hissing, for example – this could be another good reason to get in touch with qualified and capable heating engineers.

Such a noise might not be an indicator that the boiler has a terminal problem necessitating outright replacement, but it may signal a gradually emerging issue that requires prompt attention. The sooner you get your boiler looked at by a professional in such circumstances, the less likely it will be that your boiler breaks down altogether later, with much higher repair or replacement costs.

This is another one of those ‘instinct’ things – you might not consider it a massive problem if your home seems to take longer to warm up than used to be the case. However, it could be a warning sign of a bigger issue with your home’s central heating system.

At the very least, in a situation like this, you are unlikely to regret arranging to have your boiler serviced anyway, to give yourself some peace of mind.

There you go – five reasons why it could be a good idea for you to book a boiler service, and they are by no means the only ones. If, then, you are in any doubt at all about the state of your boiler, especially at this time of year, why not enquire today to our engineers at HGM Mechanical Ltd in London, whether by phone or email? 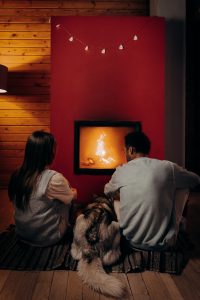 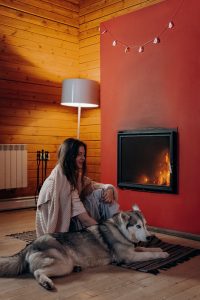 Get our news earlier, sign up to our newsletter.

Get your quote today

Whatever the size or scale of your project, we’re here to help!